To read the fanfiction version of the story: Click here

"The Last of the Starks"

305 AC at Winterfell
Shot in the heart with an arrow in an act of vengeance by Felyce Quinn.

Ashter Stark is a major character in all eight seasons. He is the third-born son of Eddard Stark. He was born almost a year after Robb and Jon were born.

He bears a striking resemblance to Brandon Stark, Ned Stark's brother and Ashter's uncle who was killed by the Mad King.

In The Dragon and the Wolf, Ashter is revealed to have contracted a terminal illness.

Ashter is the third child born to Lord Eddard Stark and Lady Catelyn Stark. He was born almost a year after Robb and Jon were born. Ashter was raised in Winterfell along with his brothers Robb, Bran and Rickon and his sisters Sansa and Arya. Throughout his life, he developed a close bond with his bastard brother Jon Snow, taking pity on him from Lady Catelyn's harsh treatment. He is 15 years old at the start of the series. A few years before the series, Ashter killed one of Sansa's friends, Harris due to an argument. Sansa has hated Ashter ever since the incident. Ashter also killed a son of a lord which caused Lord Eddard Stark to disinherit Ashter. Eddard was tempted to exile him when he was of age because of his dishonorable and rash attitude but Lady Catelyn fought against him to keep him apart of the family. Ashter and Eddard have never truly gotten along since then. Ashter is not very close to Arya, Bran and Rickon but is close to Robb and much more closer to Jon, who is actually his cousin after the relevation in "The Winds of Winter". Throughout the course of the series, Ashter matures more and becomes a man not proud of his past and is forced to face family members that have learned of his recent sins while preparing for the White Walkers. Near the end of Season 7, Ashter is revealed to have developed a terminal illness and is battling with the disease as well as doing his best to turn his life around and atone for his sins before he leaves the world. In the Battle for Winterfell, Ashter heroically saves many Winterfell citizens but it is not enough for a vengeful Felyce Quinn, who resents Ashter for killing her father. Felyce shoots Ashter in the chest with an arrow, and he drops dead. No one else witnesses this, Ashter is presumed to have been killed by the wights and he is mourned by Jon and Daenerys. 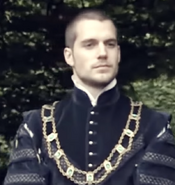 Ashter in a flashback in "The Ghost of Harrenhal" 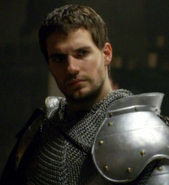 Ashter preparing to crush the peasant rebellion in Widow's Watch

Ashter says goodbye to Jon before he departs for The Wall.

The Stark brothers stress about the war for Northern independence. 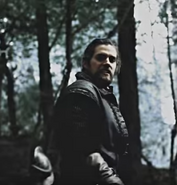 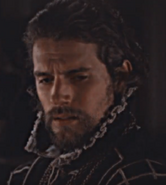 Ashter in "The Red Woman" 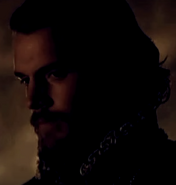 Ashter visiting the Winterfell crypt in "The Dragon and the Wolf"

Ashter's health deteriorating due to his terminal illness.

Retrieved from "https://gameofthronesfanon.fandom.com/wiki/Ashter_Stark?oldid=58460"
Community content is available under CC-BY-SA unless otherwise noted.