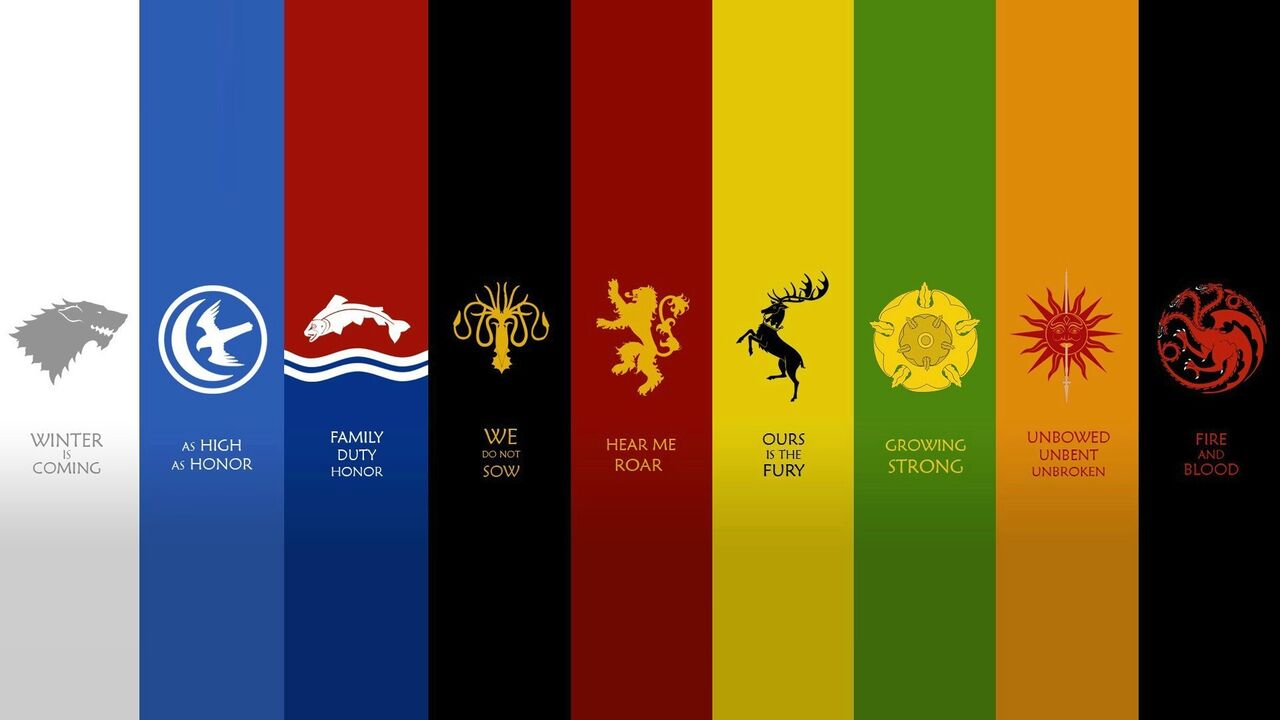 What's on your mind?

Hey there fellow mad GoT fans, Nice to meetcha, ok getting to the point is I'm currently in the process of writing my own fan fiction soon, it's basically about the show from season 1 to 8 with a bit of the books storyline, but they say the more the merrier, so I'm trying to gain more characters as possible and I could add your OC's to it, of course credit goes to you and you can discuss how you like their storylines to go

We have had our fair share of editors over the years. I've been on this wiki since I was fifteen. Now that I'm nearing my twenties, it is time to transfer my power to someone else. I have had to lay off two Staff members for inactivity, and because the wiki has recently seen an influx of new users; it is imperative a new administrator is to be chosen.

As such, I declare for a the Kingsmoot

After the votes have been counted, the administrator will be revealed next sunday; which will be June 9th.

Users are also allowed to cast a white vote. This means you abstain from the Kingsmoot, but your vote will still be taken in. During the selection process, your white vote will go to the user with the most votes.

The requirements for adminship are the following:

Once you've been named a candidate, put the Template:StaffNominee template on your profile page. If for some reason, there are no candidates, the Kingsmoot will be called off.

Good luck. May the Father judge you fairly.

Hello to anyone reading this! I would like to know how to make my own sigil for a house, if anyone would like to provide assistance.

I do not know how to make a family tree template and if anyone would be kind enough to help me, then i would be extremly thankful

So I was searching the web the other day, and I found these articles that I think GoT fans would really love. Here are the links:

Am I allowed to use the sigil of a house from the show on my custom house's banner ?

A woman bought her first A Song of Ice and Fire book online on eBay a year (or two?) ago, a copy of A Dance with Dragons.  It caught her eye because, when it arrived, it came with a pack of jeans embroidered with a golden dragon.

Now that I'm looking up the series, though, I haven't seen anything about clothing mentioned anywhere.

Should you have any other/additional answers, please reply to this post.

As of tomorrow, I'll be going on a well-needed vacation. I do not know if there is internet to where I'm going, so there's a big chance that I'll be inactive for at least a week. I trust that the other admins, King Deadpool the Awesome and DAKINGINDANORF (to some of you known formerly as TinyCarlos) will keep the wiki running while I'm gone. (Although there isn't much activity already, the arrival of GoT's S7 might trigger a (small) wave of users here).

In any event, may the Mother watch over you all.

A bit late to the party, but as of a few days ago, the Game of Thrones Fanon Wiki officially became five years old when it was launched by CC-0413 on July 1, 2012.

Can I have some help making a House Baratheon family tree, including my new character, Arthur Baratheon ?

I haven't seen the first few seasons of Game of Thrones and am starting to watch it at Season 3, Episode 7 "The Bear and the Maiden Fair" Could I make stories about the family members of House Touchstone start around that episode ?

Your humble Supreme Leader SharkyBytesz has come here to wish you all a merry Christmas and a happy new year. As you can observe, I am already prepared for the coming of the holidays, for I shall be wearing this hat until the end of the 2nd of January, 2017.

SharkyBytesz, Supreme Leader of the Game of Thrones Fanon Wiki

Today is a kind of a sad day. Peter Vaughan, who played Maester Aemon in Game of Thrones, has passed away today. No details have been released regarding the circumstances about his passing, but I think most of us can agree that Vaughan died under natural causes.

Here you can view the full news article about his death: http://www.bbc.com/news/entertainment-arts-38225796

Just thought I'd share this with all of you, since Aemon was such a beloved character (and one of my favorites). Sympathies go out to Vaughan's family, friends, and fans.

I guess this is pretty inappropriate, but...Happy editing.

(edited by LordOfTheNeverThere)
I am going to make my noble house from Game of Thrones Ascent and need help with how I'm supposed to make the page for the house. So can a person who made a noble house help me or possibly a admin help me preferably with a template or a guide ?
(edited by Darthluna22314)

As of October 2016, the wiki is implementing new, harsher rules to image uploading. This new policy can be read in its entirety here or, for the more lazy among us, here is a brief summary:

The reason for these new policies is to avoid any copyright infringement and/or breaking of Wikia's Terms of Use.

That's about it! Thanks and happy editing!

We are nearing the end of the elections. Here are the results:

As it is abundantly clear, TinyCarlos has won the elections! I would like to thank everyone who participated and everyone who voted. I wish the best of luck to our newest staff member and welcome them with open arms.

It's been almost a week since I announced the admin elections. Today, it is time to choose our new administrator. I would like it if everyone would share their opinions on who they think deserves the adminship. If no one shares their votes, I'll have to choose myself and that isn't really "democracy-like" to me. And please, stay professional on the voting; do not cast your vote on a candidate just because you are friends with them, or something. Don't be afraid to give harsh criticism.

Of course, anyone who hasn't applied for candidacy before is welcome to do it now.

The current nominees are:

Thank you, and let the elections begin!